As Shelley Davis prepares to step down as President of the Forest Preserve Foundation and take the helm of another Chicago-based Foundation, she took time to talk about fundraising in the time of the COVID pandemic. Davis, who has an extensive background in philanthropy, has shepherded the Forest Preserves Foundation through seven years of continued growth. In her first year, the Foundation granted $3,500 to the Forest Preserves of Cook County. Its lifetime total now exceeds $3 million, thanks to Davis’ efforts.

Talk about fundraising challenges successfully met and addressed since the covid lockdown. 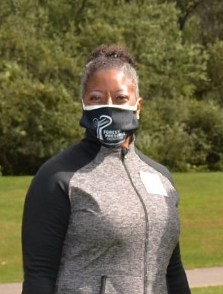 Davis: One of the challenges we had with the lockdown, especially since it came so suddenly, was being prepared for what that meant in terms of donor relationships.  We were lucky enough to have so many donors, particularly institutional donors that were responsive. During the first few weeks of shutdown, we got a lot of questions from donors asking or inviting us to switch restricted grants to unrestricted, which was very helpful. We didn’t take advantage of that, but it was really helpful to get that offer. The donors that knew us best, whether they were active donors or lapsed donors, were willing to take our calls and give us advice.

And even we were able to secure the PPP, the Payroll Protection Program, loan from Chase Bank. But that was through donor relationships, so we had a donor to tell us and encourage us to take advantage of the opportunity. Then  one of our sponsors J.P. Morgan Chase helped us to find the right relationship manager to walk us through the process.

So for us to be so small, it really took a lot to pull that application together, but because we were so well supported by JP Morgan, we were just able to pull it together in a way that I think some folks our size may or may not have been able to get through the process as smoothly.

So, it was really the relationships you had that you were able to call on?

Davis: Absolutely. If we didn’t have those relationships in place, I don’t know if we would have been able to [get the PPP funding]. The other thing, in terms of our existing donor relationships, one of our donors increased their timeline. Indiana Central Indiana Community Foundation, whom we were anticipating and hoping would invited us back for a renewal opportunity in the fall, they decided to accelerate their timeline and invited us back to apply in the summer. Not only we were excited to apply, but we also asked for an increase in support and had a really good rationale about being able to increase the hourly wage of Conservation Corps interns in a time when youth unemployment, and unemployment in general, was soaring. They heard us. They accepted our rationale and increased  their support from, instead of level funding at $60,000, they went up to $100.000.

What strengths, both personally and organizationally, did you draw on to help you navigate fundraising during such an uncertain time?

Davis: Part of it is the relationships and definitely having a system of staying on people’s radars — making sure to reach out to folks on a regular basis, which usually means twice a year, sometimes three times a year. Working your [donor] list is really important. That’s something that you always hear fundraisers talk about. Our board chair, he’s always called me pleasantly persistent. So, definitely having the endurance to be pleasantly persistent during this time is really important because with people working remotely and not necessarily having all their systems in place, dealing with the delays of people in getting back to us, it’s always a challenge. But this was definitely worse. And I think it was hard especially during April and early May, not to get discouraged because— at least for me. I really believed when we were going into the shutdown that it was going be temporary, and that we would be in a different kind of normal by June. So to actually come to acceptance about how long this is going to be was really hard. But there are other things that are hard just in terms of building new relationships. I can’t ask somebody to meet in their office or me in a coffee shop that I don’t know. People are reluctant. Not everybody is downtown. We just started coming back to the office on a regular basis of six weeks ago. That’s really part time. We’re not downtown every day, so to build new relationships is definitely a challenge. But the endurance and persistence is something that I definitely had to draw on and shore up.

Can you talk about making the case for support for the mission during covid.

Davis: There are a couple of cases to be made. One thing that was hard for us was that the emergency funds that were organized at the city level and that the state level were really issue-specific and focused on either basic human needs or direct services, getting food and cash in the hands of folks that need it. That’s not what we do. But then there was a shift. Because once the peaceful protests started and the civil unrest started at the end of May, the people were much more willing to talk about racial equity and hearing the voices of leaders of color and supporting youth of color. And that’s what we’ve always done. So in those first early waves of covid response from the philanthropic community, we didn’t even have footing to make the case except to donors that already knew us, like the Central Indiana Foundation. Now we are finding a much more receptive ear, even with historically traditional conservation and environmental funders, to at least be able to take our calls and to understand how we have built a frame and a strategy around our work in a way that, again, more traditional environmental and conservation leaders or organizations have not.

When you think about philanthropy in general today, what do you think is needed to meet the challenges?

Davis: You always hear people in philanthropy talking about listening to community, listening to their grantees, the grantees are the experts. I still think philanthropy always has a tendency to be more prescriptive than necessary. For example, there’s lots of new philanthropic efforts that are focused on women of color or leaders of color, which I am. So one would think that the Forest Preserve Foundation would be in a better position in terms of fundraising. But then when you look at the fine print. There are people of color that are working in communities of color, serving youth of color that are responding to basic human needs or doing community organizing or something else. That knocks us out of the box. I’ve heard a lot of philanthropic leaders talking about how few of their grantees are actually led by people of color, and of course in leadership. Whoever is leading the organization develops the strategy. But we still haven’t necessarily been rewarded for that at  the Forest Preserve Foundation, I would say.

Any parting thoughts or sage advice you want to leave for the next phase of the Foundation because it will be entering another phase after you leave?

Davis: In some ways, we were ahead of the curve. We can dig in on the framework around the racial equity. We were doing this before anybody else was talking about it, and we can continue to do that. So in some ways, we’re on the right path. It’s just about digging in. But it’s also about leadership and not at the staff level, but at our board level. So how we build. How we continue. And our board is fantastic. How we continue to build a board of directors that increases our extensions into the donor community is really essential. And how we increase our storytelling so people really get it. One of the challenges that the Forest Preserve Foundation will always have is that we’re an intermediary. We are raising funds to then support partners in the Forest Preserves to do really good work. But intermediaries always have challenges making the case about why and what value do we add.

And we add a lot of value. Part of it, again, is about the dedication around racial equity, part of it is about making sure that we are stewarding our donor dollars well and converting those dollars into impact and stories about the youth who are directly supported. But I think that will always remain a challenge for the Forest Preserve Foundation until we become more of a household name.

This is an edited transcript of an interview with Shelley Davis.