When we hear the phrase “human environmental impacts,” many of us probably immediately think about climate change and causes of global warming. While those conditions contribute to environmental and ecological change, humans have played a significant role in changing our ecosystems.

During a mid-June talk, Alice Brandon, Resource Programming Manager of the Forests Preserves of Cook County, described six ways humans that have altered the landscape—and not a single one of them involved climate change. Her presentation, “Humans on the Landscape: Drivers of Ecological Change,” (don’t get us wrong, climate change has had a major impact on our environment) focused on other impacts that most people probably don’t consider.

Human interference is not a new problem. In the brief ecological history of Cook County that Brandon gave, she explained that the land and ecology of this area were shaped by the roughly 112 million Native Americans who once lived here. They had a land management strategy that consisted of cyclical fires. Setting fires increased the amount of grass that attracted large game, such as bison. The fires also led to the survival of only the most adaptive species. This process altered the ecosystem then, and had led to other, related ecological changes today.

Because of the Native Americans’ practice of setting fires, most of our native plant species are shade intolerant. Fire suppression, the purposeful absence of fire in fire-adapted ecosystems, has become a common practice today. Fire suppression is used to extinguish fires and keep fires from spreading in a particular area while prescribed fires are intentionally set to encourage the growth of the native plants and overall reduce the damage of wildfire.

Woodland fire suppression favors previously uncommon plant species, such as maples, which grow best in shade, Brandon explained. Oaks, on the other hand, which used to be the most common tree in the forest preserves, are now experiencing a significant reduction in population size (otherwise known as a bottleneck effect), as the seedlings struggle to grow under the shade of maple trees. While maples are not an invasive species, this shift in the abundance of the various tree populations is also causing a loss of biodiversity as oaks support more native insects and mammals than maples do. The practice of prescribed fires versus fire suppression is just one of many ways humans have been altering the ecosystem since the beginning of time.

The historical changes humans have made to the landscape naturally have a negative effect. While the majority of Brandon’s presentation focused on negative impacts to the ecosystems, she addressed the ways that human interference can be positive.

Restoration, the act of returning something to its original condition, is generally considered a good thing for our native ecosystems. Dolton Prairie, a forest preserve site in the south suburbs, provides a good example of how prescribed fire and invasive species removal can return an ecosystem to its natural state. When the site was restored in 2013-2014 to its native prairie after a lack of prescribed burns allowed trees and shrubs to grow uncontrollably, the number of native species in the area more than doubled. 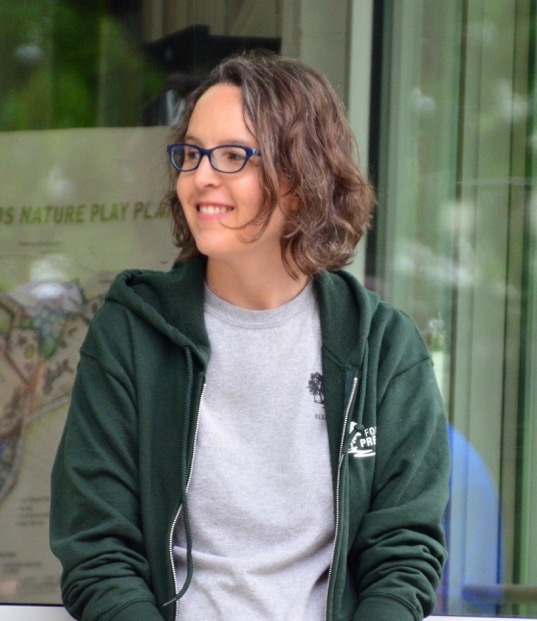 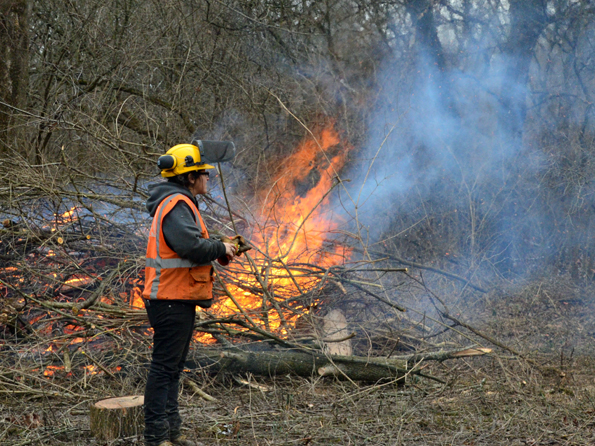 According to Brandon, other ways humans can help is by decreasing invasive species, increasing native species, encouraging prescribed burns, and minimizing soil disturbance and changes to the hydrology. While the environment continues to change because of human actions, these are ways we can improve our natural landscape.

That being said, we have so much still to learn. Restoration is a relatively new science, Brandon said.

Illinois was one of the first states to begin restoring its native habitats. While the initial results would suggest restoration has been a success, there are ample opportunities to conduct more research in the field. Other areas for research include soil disturbance and all of the organisms affected by changes to the soil such as excess toxins and an increase in the acidity level of the soil. There is so much we don’t know about how our actions affect the ecosystems and the organisms that live in them. If we spend more time researching our actions and how they affect our landscape, there’s a good chance we can minimize future problems.

History shows us that humans have been changing the natural landscape for millennia, and while we will continue to do so, we should also spend more time restoring, researching and volunteering in our native landscapes to ensure they are preserved well into the future.

Conservationist Aldo Leopold, considered by many to be the father of wildlife ecology and the United States' wilderness system, summed up well how we see it: “When we see land as a community to which we belong, we may begin to use it with love and respect.”

Read more about how the Preserves are restoring the environment:

Spread the word around